What to see in Erfoud, top things to do and discover 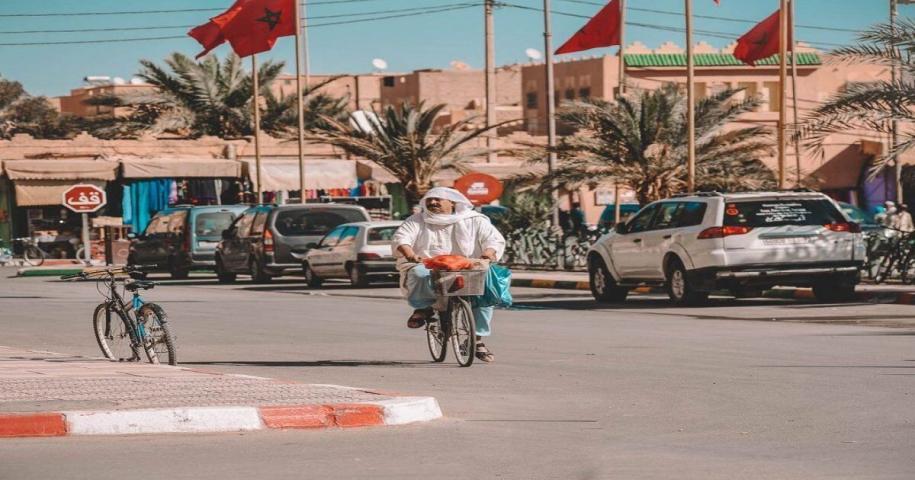 In this article, we are going to talk about the top things to see and discover in the city of Erfoud. Moreover, we going to see the main activities to try there, where to stay and more.

Erfoud (Arfoud) is a small town in southeastern Morocco, in the Tafilalet desert oasis. The city is administratively part of the Draa-Tafilalet region (Maghreb region). Also, it is situated near one of the world’s greatest deserts, the Sahara desert of Merzouga. Erfoud is known as the “Gateway to the Sahara” among visitors. It is a small Moroccan city that is really exciting. During the French invasion of the region, French troops conquered it last and used it as an outpost.

Built by the French alongside the path of the Ziz River, never running out of water, the small town of Erfoud lacks the charm of a centuries-old settlement. Its red-sand buildings, however, stand out with striking contrast against the sprawling palm trees (nearby is the Tizimi oasis) and against the surrounding desert. With good hotels, restaurants, and a lively souk, Erfoud is a great starting point to explore and see the surrounding landscapes and desert oases.

For several decades, the Tafilalet tribes attempted to retake the area, but the French were able to station a garrison there and turn the small town into an administrative base. After Morocco’s independence, the region of Erfoud served as a military base.

The most famous attractions to see in the city of Erfoud are:

The most fascinating thing is the Macro Fossiles Kasbah Museum, where you can see ammonite fossils. In fact, scientists estimate that these fossils are 500 million years old. Also, the fortress walls of Ksar Maadid are among Morocco’s oldest fortifications. Visitors to Erfoud often head to Merzougato to experience a camel ride or a 4WD trip to see the golden sand dunes. The Erg Chebbi sand dunes can reach heights of 150 meters.

Erfoud, like other Moroccan cities, has a number of oriental bazaars. Every Saturday, the Erfoud Central Market Souk is open. On one hand, you could purchase there oriental sweets, textiles, and souvenirs made by local artisans there. On the other hand, a wander around the bazaar itself is an excellent way to learn about Moroccan customs. The souk (oriental bazaar) is particularly interesting on Saturday mornings when it is especially vibrant and crowded.

Hotels and resturants in Erfoud

Erfoud has a population of around 24 thousand inhabitants, but the area has a well-developed infrastructure. There are several hotels to satisfy all of the visitors who want to ride the sand dunes. The main well-known are:

Restaurants in Erfoud are known for their warm hospitality, excellent service, and delectable cuisine. Firstly, the restaurant Benhama Erfoud is ideal for those who enjoy French and Italian cuisine. Moroccan and Mediterranean cuisine can be tasted at Maison Boutchrafine and Chez Aicha. Dakar Restaurant is a popular lunch and dinner destination for young people who value the availability of free Wi-Fi and high-quality fast food.

Activities to try in Erfoud and its surroundings

From the main square of Erfoud, you can cross the bridge of Bab el Oued and follow the track of a steep hill to the military fortress of Borj-Est. This fortress was built as an outpost of the French Army and was occupied by the Foreign Legion. From there, the views of the entire region are truly wonderful, as they are from all over the Djebel Erfoud. In October, the traditional date festival takes place, attracting people from nearby villages.

We recommend the excursion that leads to Rissani. In fact, It is a town where there is a crowded market 3 times a week (Tuesday, Thursday and Sunday). This is where people sell leather products and pottery. Characteristic are the walls that surround the town, and the narrow alleys of the center, a sort of urban labyrinth. In the surroundings, there is the Ksar d’Abbar, the Ksar Oulad Abd el Hadim and the remains of the ancient capital of Tafilalet, the ruins of Sijilmassa.

Erg Chebbi is an expanse of golden-colored sand that stretches for about 20 kilometers, approximately 55 kilometers southeast of Erfoud. There, visitors must book in advance to secure a place in one of the two dozen hotels that have sprung up around one side of the Erg, near a magnificent series of large sand dunes that change according to the tone in which the light of dusk or dawn illuminates them. An ideal place for romantic travelers looking for the excitement of the Sahara Desert. At the reception of the hotels, you will find information about camel tours or Land Rover in the desert, in the surroundings, you can also find rock paintings.

How to get to Erfoud

To get to Erfoud you can come from two different directions: from the west, that is from the area of the coast of Agadir and Marrakech, following to Ouarzazate and from there head towards Erfoud through the Dades valley. Alternatively, you can take a longer but equally spectacular route that leads first to Zagora and then to Rissani from where you go up north to Erfoud.

An alternative route is the one that comes from the north of the area of Fes. It crosses the Middle Atlas along the N13, through the Zad pass, the Tizi n’Tairhemt, and the Ziz gorges until reaching Erfoud, in the heart of the Tafilalet.

The best time to go there

The best period to visit the Tafilalet area is surely spring. It is when the clear sky is not accompanied by the torrid temperatures of the desert. In April and May, the maximum temperatures reach 30 °C while the Atlas Mountains show their snowy profile in the distance. Temperatures can drop quite a bit at night, and it is always a good idea to have a fleece and a sweater handy, as well as a windbreaker if you plan to watch the sunrise from the dunes of Erg Chebbi. The wind is always strong there. Autumn is also an ideal season, and many people come to see and visit Erfoud in October, the time of dates.