The best desert in Morocco, Merzouga vs Zagora 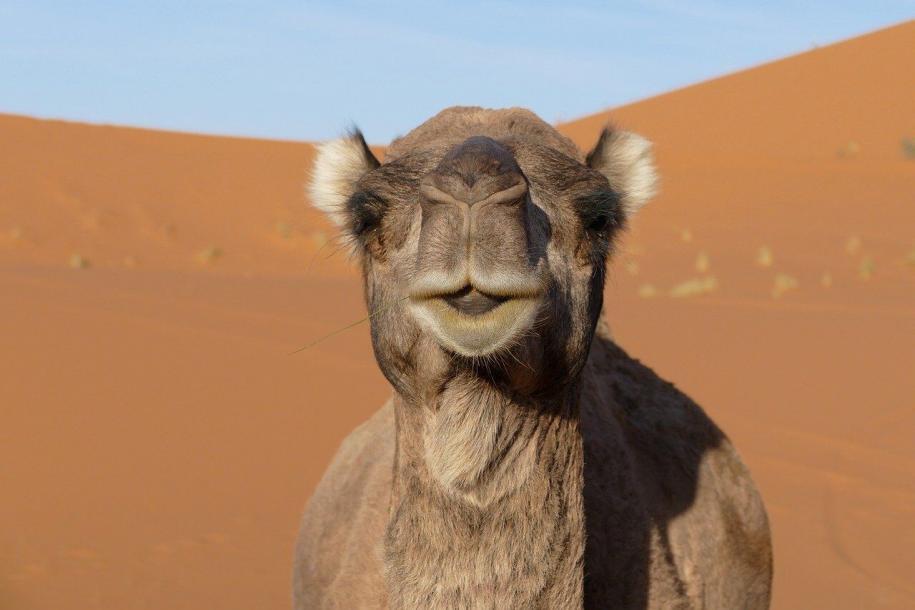 Posted by TravelMorocco on November 6, 2021 | Featured | No Comments

We are frequently asked which of the two Deserts, Zagora vs Merzouga, to visit. So, in this post, we’ll attempt to assist you in deciding on the ideal desert vacation spot.

The Sahara Desert is located in northern Africa and encompasses parts of more than 10 nations in the region. Morocco is one of the safest and most comfortable nations to visit the Sahara Desert. Many people think of the desert as a vast expanse of sand dunes, but this is not the reality. The desert is mostly made up of rock and dry soil, but there are some magnificent sand dunes here and there.

The dunes may be seen in numerous areas in Morocco, the most renowned and accessible one is Merzouga. Another location is the province of Zagora, which is further isolated from tourist highways and has a tiny town hamlet of Mhamid El Ghizlane from which to go to more pristine Saharan landscapes.

Because it is doubtful that your journey to Morocco would contain just the Sahara, it is more practical to visit the desert in Zagora (minimum 1 night) as part of a three-day or less trip; however, if you have more than three days, 1-2-3 nights in Merzouga desert can be allotted.

Spring and October are the greatest times to visit the desert. It is quite hot in the summer, and it may be very chilly even during the day in the winter.

The settlement of Merzouga is the most accessible spot in Morocco to see the dunes of the Sahara Desert, but getting there requires a significant amount of time spent exploring the area. Merzouga (and Zagora) are located 560 kilometers from Marrakech and 460 kilometers from Fes, respectively.

How to get to Merzouga and visit Erg Chebbi Dunes?

A private trip is the most comfortable and reasonable method to get to Merzouga and Zagora. In this instance, everything will be set up for you, and all you have to do is sit back, relax, and enjoy the show. The nice thing about the first choice is that you will devote all of your time to exploring. In other words, you won’t have to worry about finding a place to stay, what to eat, or where to go because everything is pre-arranged. As a result, we’ve created a variety of personalized trips, specifically for desert enthusiasts.

If you just have a limited amount of time, this is the ideal method to see Erg Chebbi’s dunes. Group trips to the desert are available in Morocco for various lengths of time and from various towns. The cost of such a trip will not always be excessive; in certain situations, it may even be less expensive than traveling independently. French or English will be the most often spoken languages on the tour.

The most convenient and costly mode of transportation to Merzouga (also Zagora). The journey from Fes to Marrakech is extensive and will consume all of your daylight. The Atlas Mountains will be visible on both routes. On the way from Marrakech to Merzouga, you may stop at the Ait Ben Haddou stronghold and the Dades Gorge.

There are various distinct characteristics and rules to follow in Morocco. To begin with, the roadways are littered with cops who like conducting random inspections. So, try not to go above the speed limit, buckle up, and never claim to know a foreign language, especially French, if you are stopped. If you don’t speak French very well, the police will not want to waste their time on you. The roads are generally in good condition, with significant traffic occurring primarily in the major cities. If the foregoing circumstances do not frighten you, consider the cost of renting a car in Morocco.

What are the best places to stay in Merzouga?

You won’t be able to visit Merzouga’s desert without spending at least one night there. The settlement of Merzouga runs for a great distance along the highway and the Erg-Chebbi dunes, and hotels-riads are distributed throughout the village, so it is best to plan ahead of time for your lodging needs.

If you arrive in Merzouga and want to reserve a night in a desert camp with a camel ride, you should look at our Morocco camel trekking link.

What to do in Merzouga?

In Merzouga, there are both paid and free methods to enjoy the desert; the nearest dunes are within walking distance of the town, so walking is convenient. The most important thing is to stay near to the attraction. More information on things to do in Merzouga may be found here!

If you arrive by automobile, don’t expect to travel into the desert; the only way to do so is off-road and with a guide. Your automobile, on the other hand, will enable you to get closer to the fascinating dunes, which are spread out across a huge area.

Tourists are significantly less likely to visit the Sahara Desert in Zagora than they are in Merzouga. The infrastructure is less established, yet the desert landscapes are less affected by human presence. The largest dunes in Zagora may be seen near M’Hamid El Ghizlane town. The town is 460 kilometers from Marrakech and 760 kilometers from Fes. There are two areas nearby with magnificent sands dunes.

How can I go to Erg-Chigaga – M’Hamid El Ghizlane village’s sand dunes?

The most cost-effective ways to visit the Sahara Desert in Zagora’s province:

Private Morocco desert excursions are always the first and most popular, safe, and convenient option to see the country. The four major destinations indicated above are the greatest places to start an outstanding journey. Get in touch with us to personalize your vacation to the Zagora desert.

Joining one of the many group trips to the Sahara Desert is one of the most efficient ways to get there (see the list of available tours to Erg Chigaga from Marrakech). Group excursions depart from several towns around Morocco, and they might be less expensive than planning a vacation on your own. The tours are given in a variety of European languages.

I mentioned the idiosyncrasies of renting and driving a car in Morocco a bit earlier on this page, so I won’t go over that again. I’ll concentrate on the details of the road between Marrakech and Fes to M’Hamid El Ghizlane.

Regardless of whether you travel from Marrakech or Fes, you will pass over mountain passes and serpentines. As a result, I propose breaking the journey into two halves. When going from Marrakech, I highly recommend stopping at the Unesco-listed Ait Ben Haddou fortress for the night. You may stop at Merzouga or the picturesque Gorges du Ziz on the Fes-Merzouga pass on your trip from Fes.

Keep in mind that it is approximately 50 kilometers from these dunes to the regular roadway, which begins at M’Hamid El Ghizlane, and that after the trip and a nighttime stay in the desert, you will arrive at your car left at the M’Hamid parking lot no later than 11-12 am. The Erg Lehoudi dunes are a bit simpler to get to, and they’re near to M’Hamid settlement, but they’re not as fascinating as Erg Chigaga. It is preferable to begin your adventure with them in the desert rather than to conclude it there.

Intercity buses can only get you to Zagora, which is a hundred kilometers away from M’Hamid El Ghizlane. From Fes and Marrakech, Supratours and CTM provide journeys to Zagora.

You must take a taxi from Zagora to M’Hamid. In Morocco, there are two sorts of cabs: the standard cab, where you travel alone, and the so-called Grand Taxi, which is a car that follows a set route and has additional 2-3-4 passengers with whom you split costs. As you would expect, Grand Taxi is not a particularly pleasant kind of long-distance transport.

What are the best places to stay in M’Hamid El Ghizlane?

If you arrive at M’Hamid late in the afternoon but still have daylight, the best choice is to spend the night on the nearby Erg Lehoudi dunes. Then travel to the Erg Chigaga dunes, which are 50 kilometers from M’Hamid, the next morning.

If you can’t get to M’Hamid during the day, don’t worry; the hamlet has various hotels where you may stay overnight. Here are a few examples: Riad Activity Arg, Auberge Kasbah Dar Sahara Tours, Dar Yaya, Dar M’hamid With the help of the hosts, you may plan the rest of your journey in the desert.

If you get at M’Hamid before nightfall, there are a few campsites in the Erg Lehoudi dunes where you may go right away if you have time: Bivouac L’Erg, Nomade Moon Camp, Majorelle Desert Camp.

How to organize a trip to this destination?

There are various possibilities for scheduling a journey across the dunes if you decide not to join an organized excursion to the Sahara from Marrakech or Fes and instead drive yourself to the settlement of M’Hamid.

Camping in the Sahara desert:

Several two-man tents with wooden locking doors make up a desert camp in both the Merzouga and Zagora deserts. They are situated in the lowlands, protected from the wind by dunes. The tents’ walls are sometimes composed of clay, and the tent is just on the roof. Beds, mattresses, bedding, and warm and thick blankets are normally the sole items in the tent. Even in the summer, the desert is freezing at night. Thermal underwear or your own sleeping bag will not be unnecessary if you are terrified of the cold. A bonfire and outdoor gatherings are available between the tents.

A huge tent with an eating area is also available. Showers and toilets are available at the campgrounds, which are housed in permanent clay structures and heated by the sun. They turn on the generator in the evening for a few hours so you may charge your equipment. After supper, the crew puts on a little performance with live music and folk songs around the campfire.